The first few years of the MGA were filled with growth and excitement. Little did these early MGA pioneers realize that they were laying the foundation for an association that would ultimately become a health-services nonprofit organization, serving thousands of people living with MG in the Kansas, Missouri  and NW Arkansas areas for over 60 years.  When the COVID-19 pandemic began in 2020, the MGA was able to initiate virtual capabilities and able to expand on their service area.

We are here to help those with MG at any stage in their diagnosis. Learn more about the team, board of directors, and medical advisory committee below, and discover the backgrounds and opportunities that led them to the MGA.

Together, we strive to build a supportive community for those affected by myasthenia gravis by increasing public awareness, providing educational opportunities, and fostering meaningful connections with one another. 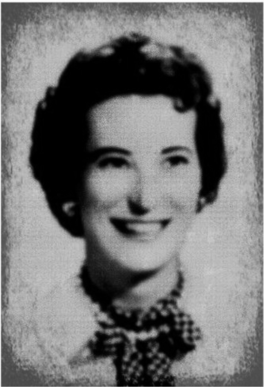 The MGA is proud to serve patients with myasthenia gravis in their communities.​ 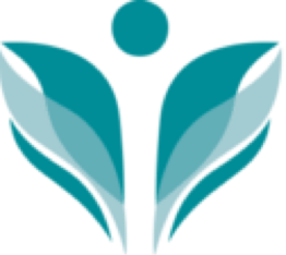 Joan Stackhouse | Founder of the MGA

​​In 1954, while missionaries Joan and Rev. William Stackhouse were in West Africa, Joan became ill and was diagnosed with Myasthenia Gravis. The two worked with the United Presbyterian Church, but after Joan’s diagnosis, they returned to New York so she could receive appropriate treatment.

Just as Joan became aware of the MG Foundation of America in NYC, Bill was transferred to Kansas City and the nearest MG clinic for Joan to travel to was the Mayo Clinic in Minnesota. In 1960, Joan set her sights on forming a local association, and with the support of the couple's pastor, his wife, and other parishioners of the Southridge Presbyterian Church in Mission, Kansas, the groundwork was being laid for the establishment of the MGA.

Joan met Cecile Wu, who was also living with MG. Motivated by their shared diagnosis and support from fellow MG patients and doctors in the community, the MGA was officially established.

​The charter meeting of the Kansas City MGA was held at Menorah Medical Center on April 9, 1961. Later that year, the United Campaign (United Way) provided the association’s first grant of $2,500, enabling them to hire the MGA's first Executive Director.​​ 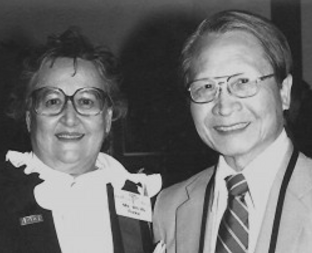 ​In 1962, Joan and Dr. William Wu, MGA's first Medical Advisory Board Chair, were instrumental in creating the first MG outpatient clinic, directed by Dr. Dewey Ziegler at Menorah Medical Center. In 1964, Dr. Ronald Youmans assumed the directorship and established an office space for the MGA within the hospital.

​Shortly after, a Drug Bank for MG patients was developed through the Menorah Pharmacy, making it possible for those living with MG to afford costly medications. A Myasthenia Gravis diagnosis in the 1960's meant that there were limited treatment options, a lack of understanding, and a great deal of fear.  An organizational emphasis was placed on increasing public awareness, offering professional education, and providing patients with support, information, resources, and connections to well-informed neurologists.

​​At the MGA, our goal is to ensure that MG patients are always supported. We do this by:

arming patients with the appropriate tools and resources to encourage self-advocacy​​.

offering safe spaces such as support groups where patients and caregivers can connect and bond about life with MG.

working directly with patients, families, and healthcare providers at our onsite clinics.