Do you have a doctor that has impacted you? Changed your life?

Not many have heard of this potentially fatal disease that only affects a small percentage of the population or about 1 in 5000. It is an autoimmune disease where the immune system turns on the body and attacks the muscle receptors at the neuro-muscular junction resulting in weakness. The range of symptoms can be very little or very extreme.

Nine years ago I was experiencing symptoms of double vision (diplopia) and drooping eyelid (ptosis) and thought it was just an eye problem. After a visit to an opthamalogist in Wichita, the doctor suspected Myasthenia-Gravis, and said I should see a neurologist. So next stop was  a primary care doctor at the local VA medical center. That doctor assigned me to a neurologist who read the letter I received from the opthamalogist.  She sent me to the lab for a blood workup including an acetylcholine receptor anti-body test. I scored a high 30 on a scale beginning at point 5 (.5).  So next the CAT scan was ordered and a 2.6 centimeter tumor was found on the Thymus gland which is situated just behind the sternum.  About half of these tumors turn into cancer and gave another reason for removal.

Next came the surgery called a medium sternotomy and thymectomy.  This was my first major surgery of life and I was very nervous about it being age 62 at the time. The VA doctors and staff helped me through the preparation both physically and emotionally with all the pre-op  tests, Xrays and instructions.  I was Admitted on Monday, surgery Tuesday, dismisal Friday.  It was a 4 hour surgery and I remember waking up in recovery entubated but alive. My son-in-law who was an EMT looked in on me and noticed my struggles with the ventilater.  He called the nurse who then called the  doctor into ICU. He then removed the ventilater tube and the first thing I said was, “now thats a whole lot better”.  It was a relief because the surgeon said I was expected to be entubated for up to 24 hrs post-op to make sure I was breathing on my own and remain 7 days in the hospital.

The morning after surgery in ICU, my wife was sitting there, and a nurse was standing nearby when the neurologist entered the room and took one quick look at me and said, “well Art, I see you finally got something off your chest”.  Not to be out done by that one, I replied, “yeah doc, they finally looked to see if I was all that I was cracked up to be” surprising everyone in the room.  Dismissal came Friday, and I was both amazed and deeply grateful for the great care I received at the VA in Wichita. (Robert J Dole Medical Center in Wichita)

Now roll the clock 8 years forward. In May 2018, I began experiencing the return of symptoms which I was well informed would one day return. In a very short time, I was having severe symptoms beginning with a drooping eye lid and double vision. A few days later I had weakness over the neck and arm muscles which fluctuated from slight to severe throughout the day. Back to the doctor and subsequently then the neurologist.  New blood workup followed with the diagnosis, it has returned and with a vengeance. I am now on three medications to try to control the symptoms of this weakness.  The immunosuppresant medications reduce the anti-bodies that attack the muscular receptors at the neuro-muscular junction. Right now, just writing this is a struggle because I can barely move or control my fingers or hold up my arms. Some patients who have even more extreme symptoms have to have plasmapheresis every few days to screen out the attacking anti-bodies. One of my medications enhances the acetylcholine which crosses the junction and attaches to the muscle receptors which in turn cause the muscle to contract, all this takes place at instantaneous speed. With the medication and rest I can do things for a few minutes and then I have to stop again and rest. This has no cure but the medications can help with near normal functionality unless myasthenia gets much worse and becomes debilitating to where even breathing, chewing and swallowing becomes more than just a simple challenge. When A respiratory arrest occurs, this is called a myasthenic crises and is life threatening.

In all this, I must say to everyone, be thankful to God for the talent on this Earth that has advanced the medical profession and continues to do so.  Much more research needs to be done regarding all auto-immune neuro-muscular deseases and to reach possible cures one day.

About the author:  Art Gentry lives in Clearwater Kansas and has served on the city council, planning commision and in 2017 served on the Wichita-Sedgwick County Metropolitan Area Planning Commission for part of an unexpired term.  He is a WSU graduate and served in the Navy during the Viet-Nam era as a Journalist. He is a member of St. John the Evangelist Catholic Church near Clearwater.

Postcript: The neurologist admitted me to the VA hospital on July 17 through July 22, 2018. Five of those six days I underwent IVIG immune globulin infusions to try to replace the attacking anti-bodies with new anti-bodies. I was also placed on predinsone, mycophenolate mofetil also known as cellcept which is an anti-rejection drug used for transplant patients and in my case as an immunosuppresant medication. I am also on pyridostigmine-bromide to enhance the acetylcholine level at the neuro-muscular junction.  My strength has returned to about 70% but the neurologist said I may have to repeat the infusions every 3 months. My endurance or fatigue stamina time is about 30 minutes with exertion and requires rest to restore strength. Pyridostigmine is taken 5 times a day every 3 hours. 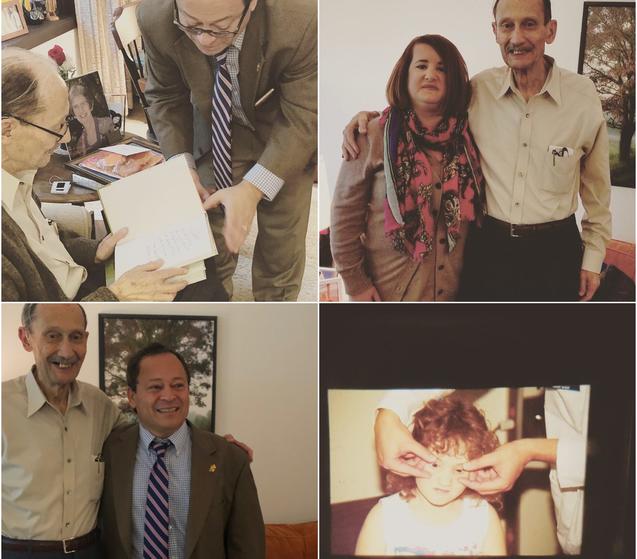 Typically, when I compose articles to promote awareness around Myasthenia Gravis (MG), I tend to write from the perspective of an expert; aiming to teach an audience about something that may be unfamiliar to them.  However; this article is different.

I do not have to try to illustrate what it feels like to wake up every morning knowing that some part of my day will be consumed with fatigue and weakness.  I do not have to attempt to describe the humiliation that creeps upon me when I sense my speech start to slur or when my eyelids begin to weigh heavily.  I do not have to depict how or why this disease has forced me to feel shame, guilt, and discomfort.  Why do I not have to do this?  Because I would gamble that the majority of you have probably felt one of the things I just mentioned from one time or another, and in reality, describing such feelings and emotion does not even begin to scratch the surface of our individual experiences with MG. 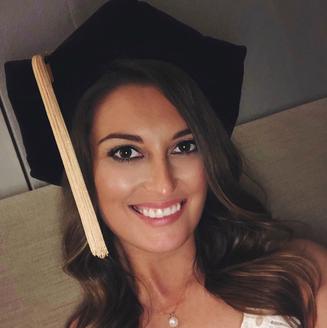 In early October, Allison Foss, Executive Director of the MGA was reunited with her childhood neurologist at the University of Iowa Hospitals and Clinics.

Allison writes, "Today’s experience was nothing short of amazing. My parents and I met my Pediatric Neurologist who diagnosed me with MG 34 years ago in Iowa City. It has been over 20 years since we had seen him. Our journey to meet up with Dr. Afifi began last spring after a quick conversation with the neuro docs at KU about who had diagnosed me. As if turns out, Dr. Mazen Dimachkie at KU was a student of Dr. Afifi in Beirut in the early 80s. Dr Dimachkie obtained contact info for Dr Afifi and we planned a date to go for a visit. As he greeted us at the door of his home, I recognized the sound of him fiddling the coins in his pocket. I was flooded with memories. As a child, I always remember him playing with the coins in his pocket as he conversed after he’d conducted an exam. One of the coolest treasures he shared was microfilms of me as a child that he used to teach his students about myasthenia gravis. So fun putting each slide into the view finder to see what it looked like. Such a neat opportunity to reconnect and hear about his life and the impact he has made in the field of Neurology. He shared he has a few more things he wants to accomplish, one including writing a book about how families in Palestine had to leave their homes in the 1940s and second a memoir of his life. I left this afternoon with a full ❤️. So grateful for this opportunity and reminded of how important relationships are in our lives."

Therefore, this article has almost been a challenge for me to write because for most of my diagnosis I have been required to defend my experience or explain the impact this disease has had on my life.  Today I do not have to do that because you know; you get it.  You understand.

My goal behind this particular article is to hopefully remind you that you are not alone in this illness, and to validate your experience living with MG.  For so long I was doubted, and although my official diagnosis with MG provided confirmation, the validity of my experience continued to be questioned, and I never want anyone to feel that their experience is not real.

I have lived with Myasthenia Gravis for over 12 years now, and I am at a point in my life where my disease has become manageable.  My disease remains chronic and I am confronted with challenging moments every single day.

Most recently, I graduated with my master’s degree in social work from one of the most renowned programs in the nation.  Prior to being diagnosed I had huge dreams; I did not necessarily know what I was going to do with my life, but I knew that I had the intellect and tenacity to succeed.  Yet after I was diagnosed, my aspirations were always second-guessed; and not just by others, but by me.  Can I actually do this?  Is this a realistic goal?  Am I truly capable?

MG constantly influences your decision-making capacity and compels you to question your ability to be the person you hope to be.  MG makes you undesirably attuned to your fear of failure and your self-efficacy.

Deciding to take the risk of accepting my offer to the master’s program was one thing, and actually accomplishing this achievement was another.  These last two years were extremely grueling and strenuous, balancing my health and academia, but nevertheless I did it.  I completed something that a lot of people probably thought I was not capable of doing, including myself at times.  Although there was doubt, fear, and apprehension, there was still something within me that believed I could do this.  There were of course times when I did not think I could; did not think I was cut out because I would be overcome with the reality of my health.

The fact of the matter is, MG is relentless and it will continue to put you in a place of uncertainty.  Remember to recognize this and know that it is okay.  However, do not let this disease or anyone convince you that you are unable to live the life you were meant to live.  Remind yourself of the unpredictability of this disease, but do not let that determine your destiny.  Advocate for your needs, assert your authority over this disease and do not be ashamed about your reality.  These are tough tasks, I know; ones that I myself struggle with daily.  But I can, and I will, and I hope you do too.

About the Author: Meridith O’Connor is a patient in our St. Louis group who recently graduated from Washington University in St. Louis with a Masters Degree in Social Work with a concentration in healthcare.  Meridith was diagnosed with MG in 2005 and regularly writes for The Mighty.